12 Posters about Political and Defence Education in the GDR, 2004 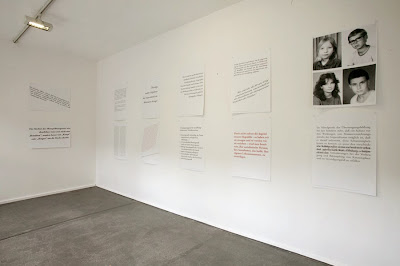 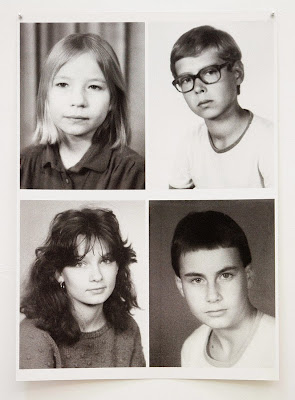 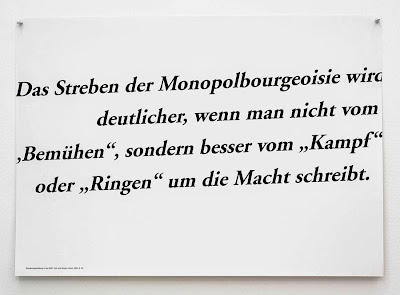 The aspirations of the monopoly bourgeoisie become clearer if the phrase "their efforts to gain power" is replaced with "their struggle for power". 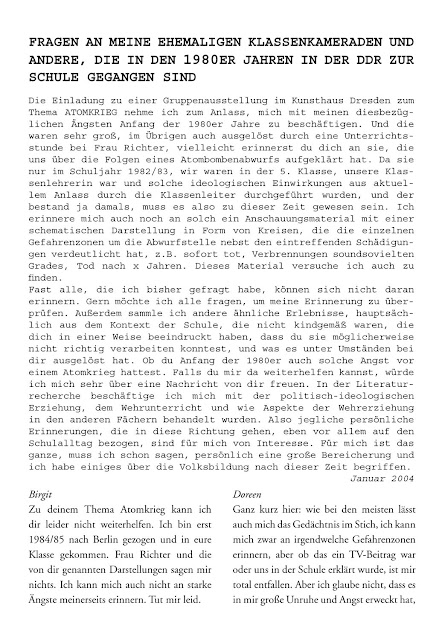 First page of a booklet, 14,8 x 21 cm, published on the occasion of the exhibition »Atomkrieg« (Nuclear War) at the Kunsthaus Dresden in 2004

I am taking the opportunity presented by an invitation to take part in a group exhibition at the Kunsthaus Dresden on the topic of nuclear war to investigate the fears I had of this danger at the beginning of the 1980s. And they were extreme and intense, triggered, by the way, in a lesson given by Frau Richter. Maybe you remember her? She told us all about the consequences the dropping of a nuclear bomb would have. As she was our class teacher only in the school year of 1982/83 – we were in 5th class – and such ideological influence was exerted by the form master at every appropriate occasion, and this most certainly existed at that time, it must have been around then. I can still remember the visual materials used: a diagram in the form of the circles, each of which marked the various danger zones around the point of impact and explained the damage to be expected, for example, instant death, burns of the xth degree, death after x number of years. I’m trying to locate this material.

Almost everyone I’ve asked can’t recall this. I’d really like to ask everybody though, so as to scrutinise my own memory. I’m also interested in collecting similar experiences, mainly from the school context, experiences which were not particularly appropriate for children and created such an overwhelming impression that you couldn’t really deal with them and what this possibly triggered off in you. Were you also so scared of a nuclear war at the beginning of the 1980s? I’d be really pleased to hear from you if you can help me. In my research into the literature of the time I’m concentrating on political-ideological education, defence lessons and how other aspects of defence education were treated in other subjects. I’m interested in any personal memories which point in this direction, particularly if they are related to the everyday school routine. I have to admit that the whole thing is proving to be personally enriching and I’ve come to understand quite a deal about the national education system after all these years. (January 2004)

Birgit
Unfortunately I can’t help you any further with the topic of nuclear war. I only moved to Berlin and joined the class in 1984/85. I remember nothing about Petra Richter and the diagram you mention. I also can’t remember having such intense fears. Sorry.

Doreen
Briefly here: like most people my memory is letting me down, and while I can remember some kind of danger zones, I’m not sure if I saw this on television or if it was explained to us at school, it’s totally slipped my mind. But I don’t think that it set off panic and anxiety, because I would certainly be able to remember if it did, for one doesn’t easily forget childhood fears (no matter how unreal they were). 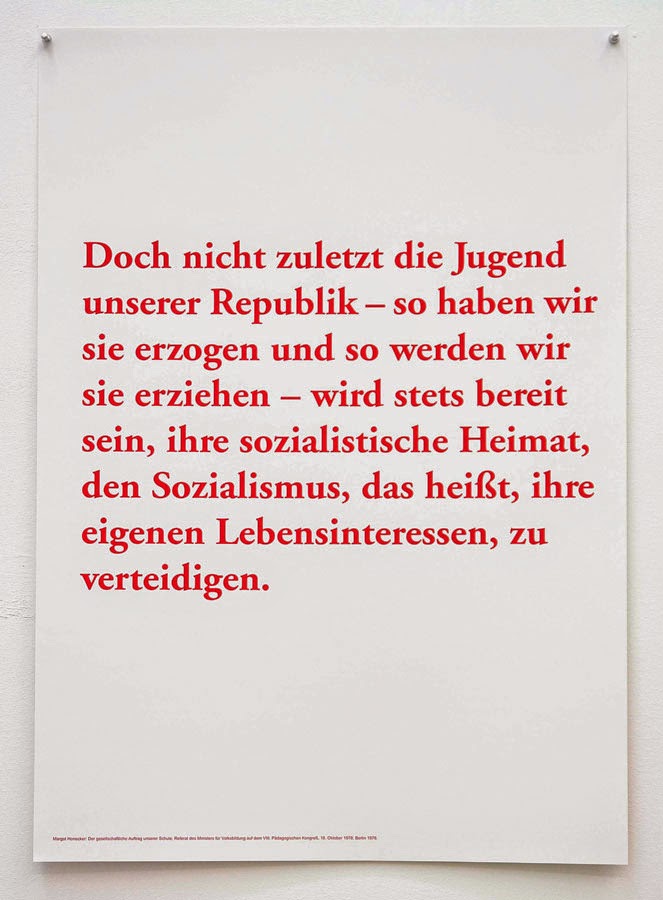 Last but not least, it is the young people in our country who will always be prepared to defend their communist homeland and communism, i e their own vital interests. This is how we have brought them up and will continue to bring them up. 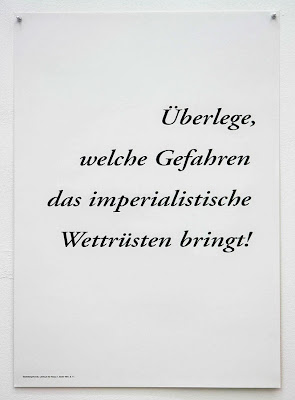 Consider the risks inherent in the arms race that was instigated by imperialism.